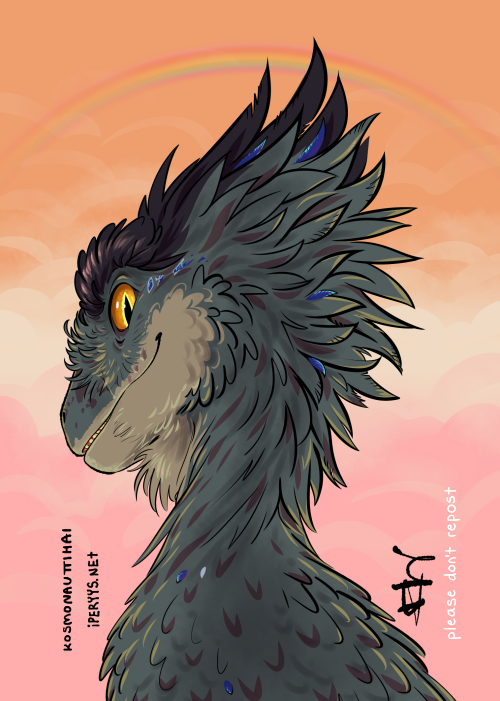 Now with a bit more blue, and increasing. 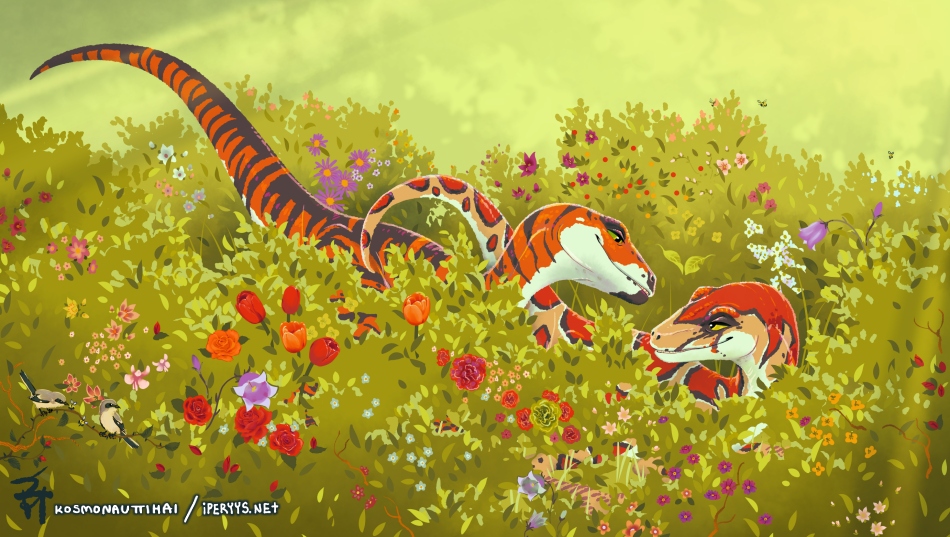 Singer, Beetlebiter, and their wedding anniversary bouquet, I suppose. 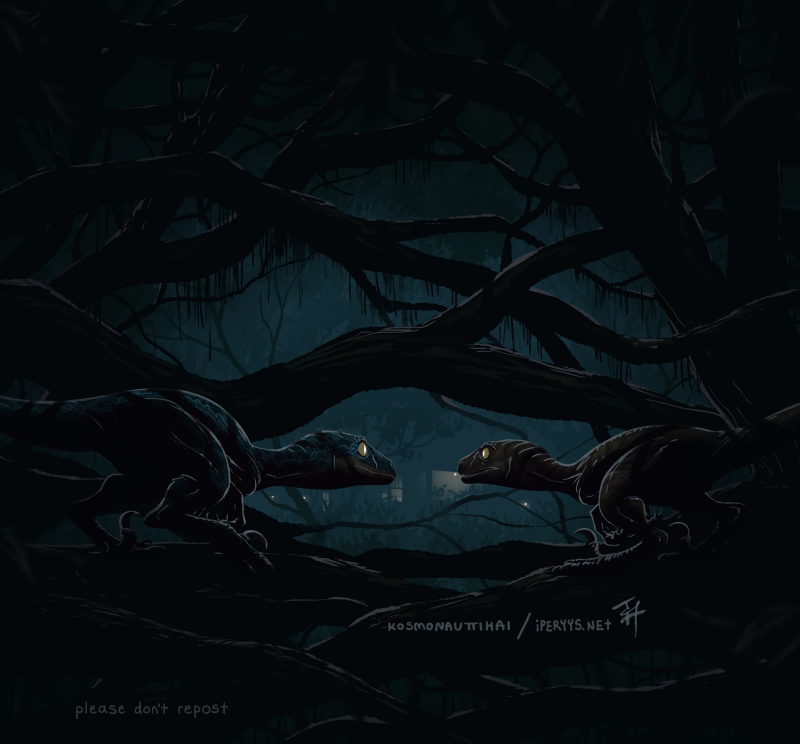 The touchable lights shining from the edge of the forest have moved closer again. 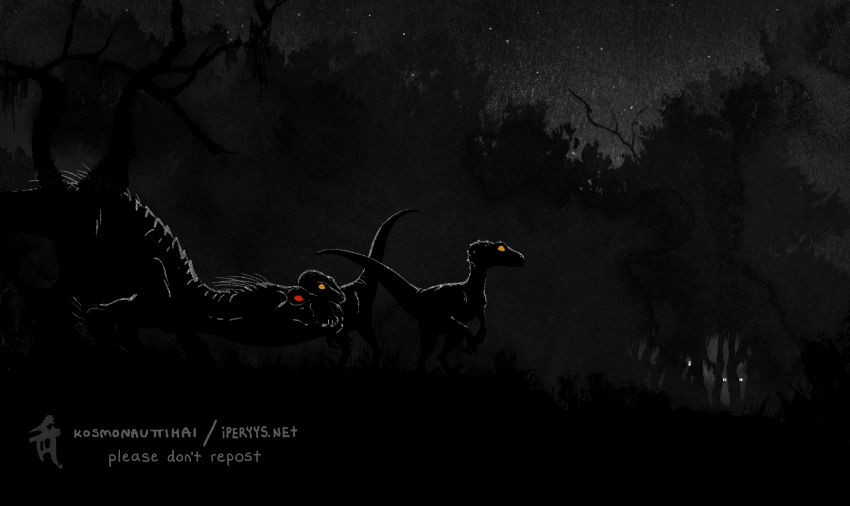 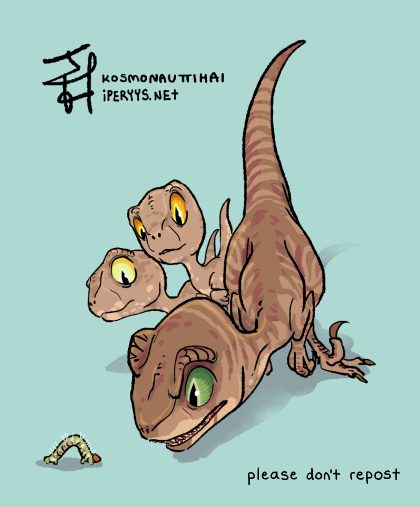 Growing, in a family
December 2021

Thinking back to Ruckus being a baby with her baby practically-siblings.

posted to: deviantart - with more commentary to my sketchblog/Patreon 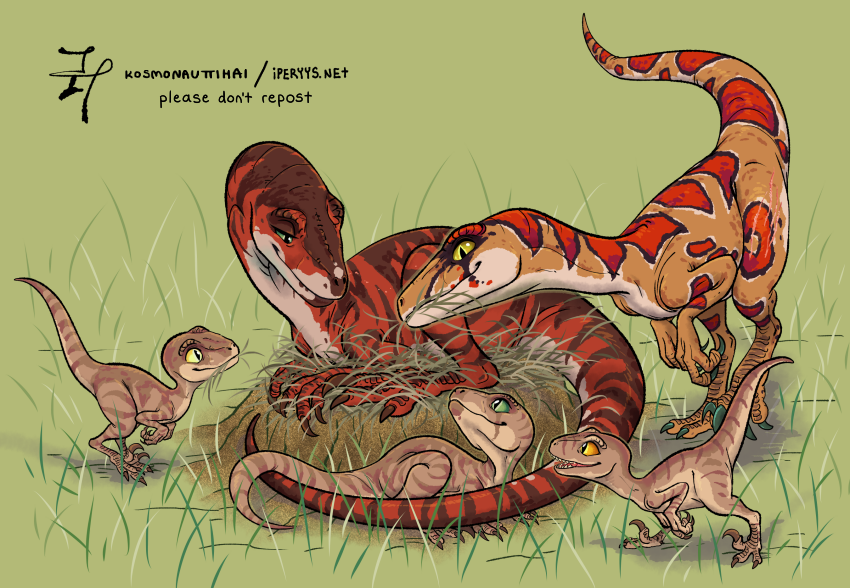 Baby siblings for Ruckus! Baby cousins for her practically-siblings!
They're still in the making, though.

Back to the rest of my dino drawings

Art © Elina Hopeasaari / Kosmonauttihai. Jurassic Park / Jurassic World and its characters are © someone else.
Please don't repost my art without permission.